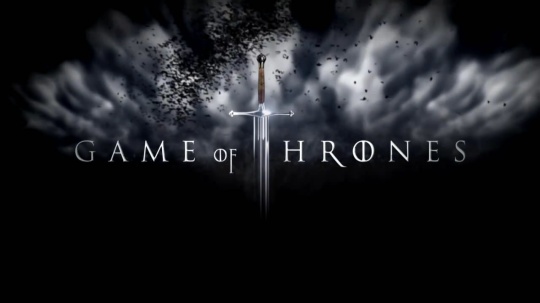 It feels like we’ve been waiting forever for the return of Game of Thrones and there really aren’t enough words to say exactly how excited I am for it to be back.

I first got into the show just before the fourth season aired and every moment I wasn’t in class was spent getting caught up on the first three seasons.

I remember watching the first episode and going, “I’ll only watch the one for now” and then Bran got pushed out the window and my social life went with him.

This show was wild from the very beginning and last night was no different. In one hour Game of Thrones managed to visit many of its characters and set up what is going to be some amazing storylines.

I’m going to try and not go on forever about this episode, but so much happened I make no promises!

The first episode of season five opens with a flashback of Cersei and a friend visiting a witch in the woods. The witch predicts Cersei’s future and tells her she will marry a king for a time. The king will have twenty children while she will only have three, showing that Cersei knew a long time ago how her life would probably end up.

Robert Baratheon was actually a very large part of this episode, despite having died four seasons ago. Aside from this mention of him in the flashback, Lancel Lannister, the king’s former cupbearer and Cersei’s former lover, returns during Tywin’s funeral, having reformed his ways. He apologizes to Cersei for all his wrong doings such as sleeping with her despite them being cousins and being indirectly responsibly for Robert’s death. He was, after all, the one who kept giving the king wine while they were out hunting.

This entire conversation between Cersei and Lancel directly parallels a conversation between Cersei and Jaime at the start of the episode where Cersei accuses Jaime of being indirectly at fault for the death of their father as he was the one who helped Tyrion escape. This is one of the things I love about Game of Thrones, despite having so many characters and so many storylines, there’s always these little parallels going on.

Speaking of the younger Lannister brother, last season we saw Tyrion escape his death sentence by getting on a boat with Varys. Now we’ve seen him finally arrive in Pentos after an undetermined amount of time in a box on a boat. And what is the first thing he does? Has a drink. I actually laughed so much at this point because even with everything that’s happened throughout every season, the one thing you can count on is Tyrion Lannister and his wine.

“I killed my lover with my bare hands. I shot my father with a crossbow.” – Tyrion
“I never said you were perfect.” – Varys

It is revealed in this episode by Varys that he wants Daenerys to rule Westeros and sit on the Iron Throne. Out of all the candidates they’ve had so far, I have to say I agree. The only other one who maybe could have done it is Ned Stark. Maybe Robb Stark if he hadn’t been King of the North. Everyone else they’ve had as the king or who has declared themself king (Robert, Stannis, Renly, Joffrey, Tommen) for one reason or another just aren’t who they need. Personally, I’ve voting for Daenerys or even Margaery as I think she’d be a pretty awesome queen (keeping in mind I haven’t read all the books yet).

Moving on to Daenerys. We see that she has taken up residence in Meereen (pronounced Marine, apparently) and is ruling there with the help of the unsullied. As much as I think she’s awesome and completely badass and hopes she rules Westeros, I always have trouble keeping track of where she is because she definitely seems to be the character who moves around more than any other. Near the end of the episode she goes down to the tombs where she had chained two of her dragons and, honestly I had a hard time figuring out what was going on here. I don’t think they were trying to burn or attack her, but they definitely weren’t being friendly or trusting. Which, you know, after being locked in the dark for an undetermined amount of time by the person who took care of you, I’d probably be pretty ticked too.

Heading over to The Wall now we see that Stannis seems to have taken up residence there. He asks Jon to convince Mance Rayder and his people to join Stannis’s army and help him take the Iron Throne and that if they do then all their past crimes will be pardoned. Mance Rayder refuses and is subsequently burnt at the stake. Scenes like this always help show which of the characters are more sociopathic than others. Jon walks away, Gilly hides in Sam’s shoulder, Stannis’s daughter closes her eyes. Meanwhile, Stannis himself is watching, Stannis’s wife had a look on her face that was freaking me out, and Mance’s people were watching in what was definitely horror.

“The freedom to make my own mistakes is all I ever wanted.” – Mance Rayder

In the end, Jon shoots and arrow threw Mance’s heart and puts him out of his misery. On one hand I thought this was great of him to do as it shows that, despite all the bad stuff Jon has had to deal with, it hasn’t sent him over the edge yet. But at the same time I feel like this is going to turn a lot of people against him as this only reinforces the idea that Jon is too soft and fond of the Wildlings.

Another set of characters visited were Baelish and Sansa (who I think dyed her hair? It looked black to me, but that might just have been my TV). The pair are first seen to be leaving Robin Arryn with Lord Royce so the boy is safe and hopefully Robin can pick up some fighting skills while he was there. We next see them riding in a carriage (which passes right by Brienne and Podrick!) and Baelish says they are going somewhere even Cersei can’t find Sansa. Dun dun dun. Where are they going? Is there actually someone in the world that Cersei can’t reach?

The final character I have to talk about is Margaery. Now as I mentioned before, I think she or Dany should rule the kingdoms. She was only in this episode for a few minutes, but those few minutes only reinforced this belief. She walks in on her brother, Loras, and Olivar and, as always in this show, doesn’t care that they’re naked. I actually laughed really hard here because it’s such a sibling thing, isn’t it? Loras is making out with a guy and then his sister walks in and cockblocks by announcing she’s hungry.

Margaery and Loras talk about their marriages. Now that Tywin is dead, does Loras still need to marry Cersei? He says that if they do not marry that Margaery will be stuck with her mother-in-law, and what does Margaery say? “Perhaps.”

This gave me chills and I don’t know why. It’s just so simple. Just one word and that’s literally all she needed. “Perhaps.” Perhaps what? Perhaps Loras and Cersei do marry? Perhaps Margaery doesn’t stay? Perhaps she kills Cersei? Perhaps what? It was only one word and this was honestly one of my favourite parts of the episode because it does what Game of Thrones does best. It left you with more questions and wanting more.

I absolutely loved the season five premier and can’t wait to see what happens over the rest of the season. I also really want to see where Arya is as we didn’t see her at all tonight.

What did you think of the season five premier? What are you looking forward to this season?

One thought on “Game of Thrones Episode Review – Season 5 Premier: “The Wars to Come””