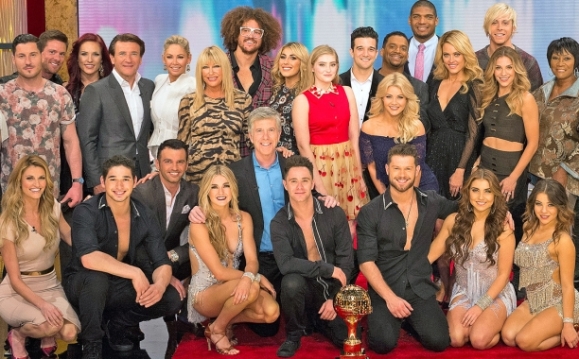 This week saw the remaining couples dancing to songs with a spring break theme as well as splitting into two teams to perform team dances!

This week we saw the couples struggling. All these weeks of dancing and trying to do other things definitely seemed to be catching up with them. Between sore muscles, busy schedules, and tensions running high, all of the couples seemed to have issues this week.

Scores for this week:

Dance: Salsa
Song: “Tequila” – Xavier Cugat
Score: 34
Status: Safe
Team: YOLO
This week Willow also found out she has extra ribs! What? After she was injured two weeks ago she went to get an X-Ray done and discovered she actually has extra ribs!

Dance: Samba
Song: “Want to Want Me” – Jason Derulo
Score: 37
Status: Jeopardy
Team: Trouble
*Highest Score of the Night*
Riker and Allison were left with only two days to rehearse due to a conflict with their assigned song (Work It, Missy Elliott) and Riker being away for two days performing with his band.

Of course, it wasn’t just the couples dances this week. The couples also were also split into two groups for their group dances: Team YOLO and Team Trouble.

The scores awarded to each team will be added onto each couples total score for the week.

As great as they all did this week, one couple did get eliminated. This week there were four couples in jeopardy: Patti and Artem, Robert and Kym, Noah and Sharna, and Riker and Allison. The couple that went home tonight was Patti LaBelle and Artem Chigvintsev. 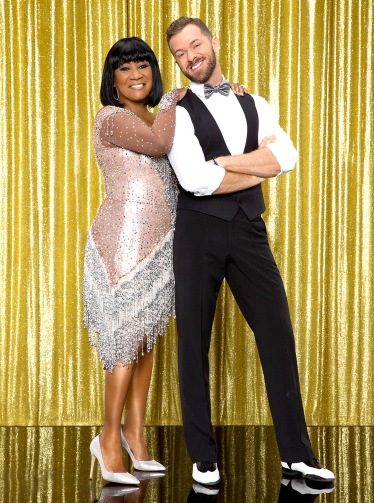 Next week there’s even more pressure on with a double elimination!