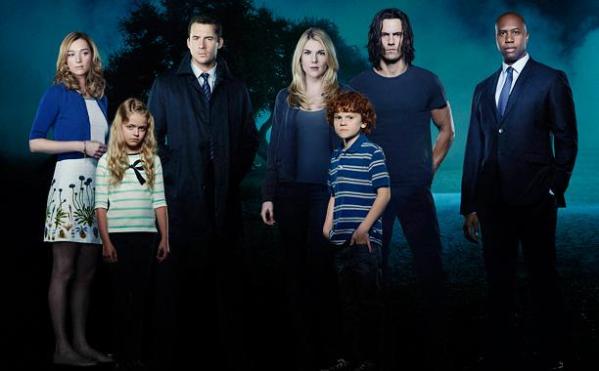 This may have been my favourite episode so far. Seriously, this episode was amazing. I will be sorely disappointed if The Whispers does not get a second season because they literally make each episode better than the last and I don’t know how they do it.

So many things happened in this episode! Sean returned to Washington with the giant, blue, glowing rock from the Sahara; Claire gathered the kids who have been talking to Drill and tried to get some answers; we actually saw Drill, or at least a form of him; Lena started believing in Drill’s existence; and Sean remembered! Whew, is that everything? I think that’s everything?

Like I already said, this episode was crazy good. The meeting between Claire, the kids, and Drill was actually pretty creepy. We don’t fully know what Drill is capable of yet and I half expecting for the lights to turn back on and for them to be one kid short.

We actually learned a few things about Drill during this meeting though. Harper tells Claire that Drill misses his family, but he had to come to Earth by himself first to find food. This explains the lack of radiation at the nuclear power plant, Drill absorbed it.

One of the kids also tells Claire that Drill only talks to kids because “grown ups only hear what they want to hear.” This has been said on this show before and with everything else that’s happened so far it seems to be hinting that Drill might a child himself. Whatever species he, wherever he’s from, Drill appears very childlike.

Claire says that it’s easy for one kid to keep a secret, but get a bunch together and that’s when they start talking. Drill is constantly keeping secrets, from the kids themselves about what he really wants and he has the kids keeping secrets from their parents and then gets angry when the adults find things out. All of this is very childlike behavior.

One of the things this show really drills (no pun intended) home is how creepy kids can be. Like seriously, one of the things that freaks me out the most in horror films is creepy kids. After the fiasco at the kid’s meeting where Drill freaked everyone out, one of the little girls reveals she has a message for Claire from Drill. What is that message?

Was this necessary?! For the scare factor, yes probably. But seriously, this was one of the creepiest parts of the show. We had just seen Drill as some sort of energy source on the screen floating from kid to kid, able to talk to them and to mess with the lights and the locks on the doors and then a little girl says that. Nope, no thanks.

There were quite a few kids involved in this meeting. Henry was there, as were Harper, Ethan, the boy we saw step in front of the psychologist’s bike, and several others. However, one child who wasn’t there was Minx as Lena refused to let her go. I can’t tell if this is because she didn’t want to believe Drill was real, because she was mad at Wes, or because she hates Claire that she refused. Whatever it was, by the end of the episode, she was definitely believing.

After overhearing Minx talking to Drill about how much she hates Claire, Lena decides to play a game that leaves her believing in Drill and leaves Drill apparently trusting Lena. I don’t see this ending well, for Lena or for Claire who appears to be a tight spot next week.

While all this is going on, Wes has returned to the States with the strange, blue, pulsing rock from the Sahara. We still don’t know much about it other than it’s connected to Drill. How? No idea. Is it his ship? Are the strange glowing lights the rest of Drill’s family? No clue. But there’s something very strange about because when Wes goes to touch it, it appears to throw him back.

However, later, when Claire and Wes take Sean to it he touches it without issue. Claire and Sean were getting closer in this episode. Despite him not remembering anything, she continued to visit him on a regular basis. Sean reveals that ever since Wes returned to the States with whatever it was he’d found, Sean had felt something calling to him.

They take him to the rock and when he touches it he regains his memories. I was so happy! I said in my review for last week’s episode that I am seriously rooting for Claire and Sean and the happiness lasts about two seconds. Sean doesn’t just remember, he remembers everything. Including Claire’s affair with Wes. 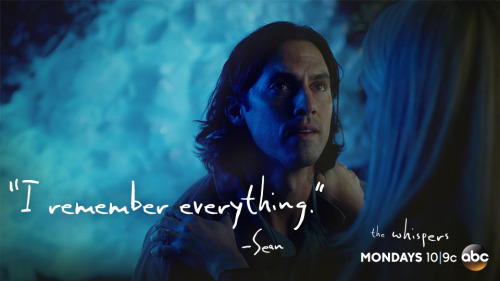 Well, I had hope, it’s slightly diminished, but still there. After all, when you’ve got a crazy, invisible, malevolent something communicating with your son, everything else probably gets put on the back burner for a bit.

This episode was fantastic and next week looks even better. Now they know more about Drill they can really start looking at how to stop him. In the preview that you can watch below we see a bunch of the kids who have been communicating with Drill, Claire in some sort of distress, and Sean back in his army uniform.

Yes, I think it’s safe to say the season can only get better.