Just when I think this show can’t get any better, Monday night’s episode had me shouting at my screen. So many things happened!

The episode starts off with Sean recounting his first encounter with Drill to a room full of people, including the president and Wes. They are debating on what to do with the rock Wes brought back from the Sahara. Wes wants them to protect it and use it as a bargaining chip, but Sean thinks they should destroy it so Drill has no chance of getting near it. The president votes for keeping it safe which I think we all knew was the wrong decision.

Especially when we learn that Drill has made a new friend in the president’s daughter. Drill goes back and forth between the president’s daughter and Minx in this episode. Though he’s not just talking to Minx anymore, he’s also using the lights to talk to Lena, something Wes knows nothing about. Minx is thrilled about her mother talking to Drill, though the only reason Lena is even doing it is because she wants Drill to leave Minx alone.

While all this is going on, Sean is being detained by the Pentagon. He is given two options. Either he can become their guinea pig and allow them to run tests on him or he can go to prison for his involvement with Drill. Wow, what a fair choice. Hmmm, I wonder which he’ll choose.

Sean agrees to the tests on the condition that he gets to spend one night at home which was simultaneously adorable, awkward, and sad. Henry was so excited to have his dad and was dragging Sean all over the house to show him things, but at the same time, Sean and Claire haven’t talked about anything making it a little tense.

Sean returns to the lab where a doctor starts running tests on him and he tells her about all the things he saw in the blue light when he touched the rock. He saw nothing. Well, not nothing, but nobody. Everyone was gone, vanished into thin air. I’m starting to reconsider the possibility that people might actually be the food Drill was looking for.

Back with the president daughter’s, we learn that she has unknowingly helped Drill locate the rock and they discover that the rock is a sort of beacon, a phone Drill needs to call home. Because one alien entity wasn’t enough, let’s call the rest of the family in. Great.

However, it seems like all hope is not lost when Claire uses an FBI vest given to her by Jessup to smuggle in some equipment Sean needs to blow up the rock. Before they can complete the task though, Drill arrives, as do Wes and several armed men who shoot the doctor.

While Drill is inside the rock, Wes drags Claire away at Sean’s request while Sean prepares to blow up the rock. He succeeds in destroying and somehow makes it alive, with him and Claire escaping before the rest of the cavalry get there.

Wow so much happened! I rewrote this review about five times mostly because I kept trying to make the recap shorter. Unfortunately, every time I did that I would forget things so I just decided to leave it as is. I think it works, right?

Now, let’s move on to the actual review part of this review. This episode was absolutely packed and every second was crazy!

I was so excited to finally see what had happened to Sean between leaving his house and crashing his plane. However, after seeing this scene I have so many more questions! This show always leaves me with questions. Was Sean’s first encounter with Drill an accident? Was he chosen for a specific reason? Or was it just convenience that he was there?

Another question I have is what’s going to happen to Wes? I assume there’ll be some sort of repercussions from the fact that he helped Sean and Claire blow up the rock and then allowed the couple to escape. I wasn’t overly thrilled with Wes in this episode. Main reason being that he wanted to use the rock as a bargaining chip without Drill, apparently forgetting that Drill has a bargaining chip too: the kids. 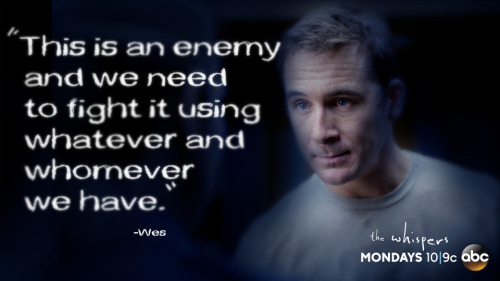 Drill almost killed Harper’s mom and then brought her out of a coma, he restored Henry’s hearing, he absorbed radiation, and has complete and total access to your kids without you knowing it. I feel like Drill’s bargaining chip is bigger than theirs.

It’s even bigger now that he’s talking to Lena. We learn from Minx (who does that creepy thing kids do in horror films where they stand in the dark and stare at you) that Drill is very much alive. Unfortunately, Sean, Claire, and Wes don’t know this yet. And something none of us know yet is what exactly it is Drill wants from Lena.

The last thing that left me with a question (but not the last thing I’m going to talk about) was the scene with Jessup where he is told to take Henry into FBI custody. What’s going to happen to Henry? We see him in the preview for next week and he is definitely not in FBI custody so I guess we can assume Jessup disobeyed his orders. But then there are also a ton of other possibilities for things that could’ve happened or that could happen! I guess we’ll just have to wait and see.

Finally, Sean and Claire. They were so cute! When Sean promised Henry he’d come home, but Henry didn’t believe him, I thought, “okay, well they’re not going to kill him now.” But then, when he told Claire he forgave her I started to get a little concerned. My excited shouting over how adorable they were turned to “No! No! No! You can’t kill him! He only just remembered who he is!” Thankfully they didn’t kill him and everything was fine.

I’m interested to see what’s going to happen next week now they’re technically on the run I guess. Are they going to get to Henry in time? Is that why Jessup doesn’t take him into custody? They get there first. Who knows! Well, the cast and crew know I guess, but we’ll know soon enough.

What did you think of Monday’s episode? Any predictions for next week’s?

Check out the preview below!

Most of the photos come from The Whispers Tumblr