Part of me wishes this episode had been boring. Why? Because I woke up this morning feeling like there’s an elephant sitting on me. Fun right? But this episode wasn’t boring. It was the farthest thing from boring and I just have to talk about it.

“Traveller in the Dark” was equal parts heartbreaking and stressful. After last week’s dramatic end, all signs point to Minx being Drill. However, we actually learned that Minx is innocent (in the nick of time) and it’s actually Cassandra, the President’s daughter, who has been possessed by Drill.

Who saw this coming? I was iffy about Minx last week. I thought maybe it was her and there were times in this episode where I thought she was Drill. However, after watching the ‘Previously On…’ part at the start of the show I was doubting it was her because Cassandra grabs her arm.

Turns out that’s exactly what happened. Cassandra framed Minx so that the rest of the children could be let go and Drill could get into the White House.

As all this is going on, Sean and Jessup are still talking to that reporter who thinks he’s knows what’s going on (he doesn’t) and Sean makes a choice. He’ll tell the reporter everything that’s been happening, the truth about Drill and the children, all so the man will contact the White House and they’ll be forced to let the children go. 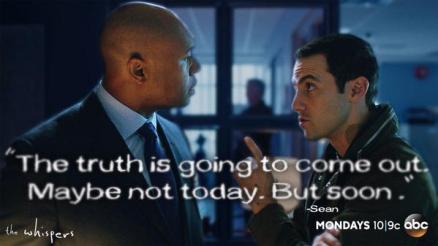 This was a great plan, but with Minx accused the children were already going to be let go and the President was going to hold a press conference to tell the people of America the truth. Needless to say things don’t quite go as planned.

Claire tries to stop the press conference from happening, but it’s too late. Drill (as Cassandra) stands in front of all the cameras and screams, sending out a signal to his family. Excellent.

Despite all this crazy, awful stuff that happened, one good thing was that all the kids were returned home. Wes managed to rescue Minx (with two seconds to go!) and Henry was reunited with his dad. Just in time for Drill to call home.

This episode was non-stop from start to finish and Kylie Rogers definitely stole the show. The actors always do an amazing job, but this episode was definitely focused on Wes and Minx (whose real name is actually Millicent!). Barry Sloane did a phenomenal job at portraying the emotion this episode. 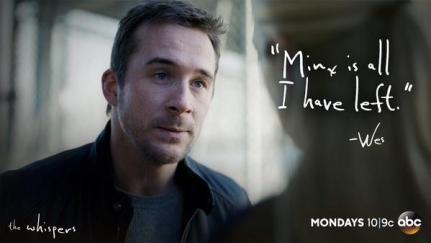 He’s playing a man whose daughter is being accused of something horrific and he doesn’t seem totally sure what to believe, but it’s his daughter so he has to try anyway and he was amazing. Seriously, every moment he was on screen was fantastic and emotional.

As for Kylie Rogers, I can’t even begin to describe how amazing she was. There were moments where I was convinced she was Minx, but then there were other moments where I thought otherwise. By the end of the episode I was crying along with her and all I could think is, “wow, this kid is beyond fantastic at what she does.”

She and Barry Sloane both did outstanding jobs in last night’s episode. They had me crying and laughing and eventually, thankfully, feeling relieved. Minx is fine, Wes is fine, everybody is fine. At least they are until Drill’s family arrives.

This show cast some seriously amazing kids. Some kids who can pull out the creepy perfectly for this show. Cassandra’s line at the end, “Don’t worry Claire, I’m not going anywhere”. Shivers. Seriously.

These little one liners are so perfect and terrifying. Like, I was genuinely concerned we were going to see Minx die (what on earth was that machine?), but thankfully it’s not that kind of show. Instead they just mentally scar and terrify you by giving these adorable and talented child actors some heart stopping lines and plots.

There’s only one episode left this season! What? It feels so sudden, I desperately hope they get renewed.

I have no idea what’ll happen next week, but I think we can all assume it won’t be good.

Check out the preview for the season finale below!

Also, Kylie Rogers favourited my tweet yesterday and this made me very happy.