It’s night two of Week Two on Dancing With the Stars and tonight the couples are dancing to songs that celebrate the pro’s hometowns.

It was quite an emotional night with many of the pros sharing stories of their families and their hometowns.

The Scores for Week Two Pt. 2:

Mark and Alexa’s rumba was beautiful and actually brought tears to my eyes. Mark dedicated the dance to his parents and they danced to one of the last songs his parents danced to as a married couple. It was gorgeous and they did absolutely amazing.

It was incredibly moving to hear more about the pro dancers and their lives. Tonight we learned that they came from a variety of backgrounds, from war torn countries, countries with totalitarian governments, and grew up in childhoods with practically nothing.

Of course, it is a double elimination week which means another couples has to go home. Last night Chaka and Keo were the first couple of Season 21 to head home and tonight there were two couples in jeopardy.

The couples in jeopardy were Gary & Anna and Victor & Karina. The couple eliminated was Victor and Karina. 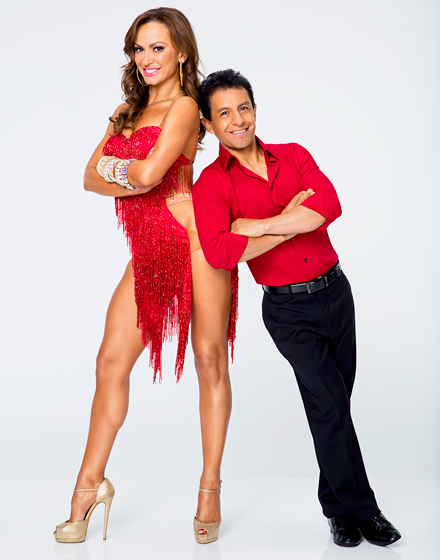 Next week is TV Week and I am very excited to see what all the couples will come up with!

What did you think of Week Two Pt. 2?