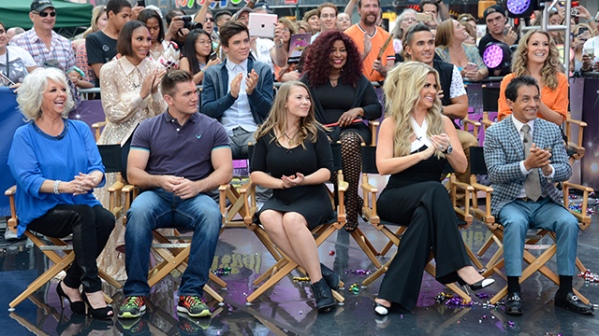 It’s “Halloween Night” on Dancing With The Stars and oh my gosh did everyone look amazing!

The competition is getting more and more intense as the weeks go by and week seven the pressure is on. Not only did each couple have to perform an original dance this week, it was also the group dance!

I would also like to thank Sasha Farber for his amazing pranks on everyone as it was definitely the best part of the night.

Once again, Leah Remini stood in for Erin Andrews as host.

Here are the scores for Week Seven:

It wasn’t just their couples dances they had to learn this week though! This week was also the team dances and the scores from these dances would be combined with their individual dances.