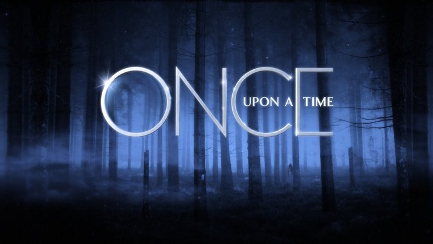 Here we go, season five and it started off with a bang!

Taking place exactly where season four left off, we see Snow, Charming, Hook, and the rest dealing with the aftermath of Emma becoming The Dark One.

Meanwhile, Emma is transported to the Enchanted Forest where she must try and learn to control her powers. This proves difficult with the voice of Rumplestiltskin’s Dark One whispering in her ear telling her to use her dark magic.

While her family is trying to come up with a way to reach Emma and save her, Emma meets Merida who agrees to help her. However, things go wrong when Emma realizes Merida can’t help her and she tries to kill Merida.

She is stopped though, by Hook. He along with the others managed to transport themselves (in Granny’s Diner) to the Enchanted Forest by using Zelena’s magic portal.

The group are met by King Arthur and his men who tell them they have been expecting them as their arrival was foretold by Merlin, the man who can apparently remove the darkness from Emma.

The group arrives in Camelot at King Arthur’s castle and it seems like everything’s going well. Maybe a little too well for a Once Upon A Time season premier.

Alas it’s true, things were going too well. The last five minutes jump ahead to six weeks later and everyone except Emma suddenly reappears in Storybrooke with all of them missing their memories from their time in the Enchanted Forest.

When Emma appears it is revealed that she is now fully The Dark One and that her family failed to save her. She vanishes in a puff of smoke after promising to take revenge against her family.

I always forget how much I love Once Upon A Time until it comes back on and this season especially has me excited.

One of the things I’m really looking forward to this season is the different relationships. Last season solidified quite a few relationships and even though it’s never smooth sailing on OUAT I have a good feeling about these ships.

I’m a big fan of Captain Swan and I desperately hope nothing goes wrong with this one. Emma being The Dark One is bad enough without anything happening to her and Hook.

Hook’s relationship with Henry was also explored a bit tonight with the father-son duo plotting schemes together. I always laugh when they work together because Hook always looks so proud like he can’t believe what a good little pirate Henry is.

Another relationship of Henry’s that seems to be developing is his brotherly one with Roland. We saw a few times how Henry was protecting him and it was adorable and wonderful and I hope we get to see more of it.

I definitely think we will since we also saw Regina and Robin together and oh my god my fangirl heart is so invested in these ships. I will be so angry if Regina doesn’t get to be happy for at least part of the season with Robin, Roland, and Henry because they are an absolutely adorable family.

Robert Carlyle was back as Rumplestiltskin and I don’t even have the words to describe how amazing he was. I’ve seen him in a few things before and I’m always blown away by his performance and seeing him each season as this character was no different.

I’m really hoping he’ll also be back as Mr. Gold (hopefully healthy) because he and Belle are adorable and wonderful and it makes me so sad to see them like this. The fangirl in me is incredibly invested in the couples in this show.

We only saw Camelot for about ten seconds, but it was so beautiful and magical looking and I was so excited. We also only saw King Arthur for a brief time and we haven’t seen Merlin at all yet, but I can’t wait for what happens next!

We get to meet Merlin and see more of Camelot and Arthur has to find Excalibur. I am looking forward to this storyline so much it’s insane.

I’m also looking forward to seeing what happened in those six weeks everyone was in the Enchanted Forest. These people really have the worst luck, don’t they? They just constantly have their memories erased.

I can’t wait to see how Snow and Charming did with baby Neil in the Enchanted Forest. I know they obviously couldn’t leave him in someone else’s care, but I couldn’t stop laughing at the fact that they brought their baby to try and save their daughter who had been cursed with dark magic. I don’t know, that just seems like a really bad idea.

So many questions, so little answers. What happened in those six weeks? Where is Merlin? Where is Excalibur? Why was Henry dressed like a knight of Camelot at the end? What happened to Merida? Will they manage to change Emma back?

I am so ridiculously excited for the rest of this season! Check out the preview for episode two below!