Lots of films coming out this month! A couple biographical dramas and lots of romance! Check out the list below of just a few of the films you can look forward to.

Saoirse Ronan stars as Eilis, a young girl who immigrates from Ireland to Brooklyn during the 1950s and is immediately caught up in an exciting new romance. However, she is soon forced to make a choice between her two lives and the two countries she loves.

The Peanuts are back in an all new animated film which will follow the characters in their adventures including Snoopy going up against the Red Baron and Charlie Brown’s hopeful pursuit of Little Red-Haired Girl.

This new James Bond film marks the appearance of Spectre for the first time since Diamonds Are Forever (1971) when Sean Connery was playing Bond.

Bryan Cranston stars as Dalton Trumbo, a screenwriter in Hollywood who was jailed and blacklisted (along with many other artists) due to his political beliefs and who managed to expose many injustices while still blacklisted. 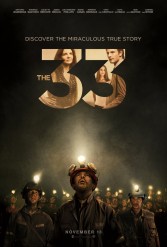 The 33 is based on the real life events of the mining disaster in Chile in 2010.

The Cooper family gathers four generations to celebrate at Christmas.

A romantic drama film about a couple experiencing marriage trouble who decide to go on holiday to France to restore their love.

The film continues on from where Part One left off with Katniss still fighting the Capitol and attempting to free the citizens of Panem. 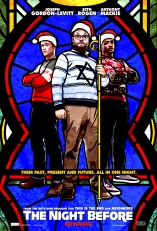 Every year Ethan, Isaac, and Chris go out and party on Christmas Eve, but they’re lives are changing now so the three decide to have one last huge Christmas Eve together.

Secret in Their Eyes

After the daughter of an FBI agent is murdered, a team of three FBI agents is torn apart. They’ll reunite many years later when a new lead arises that may help them solve the case.

Sylvester Stallone returns to his role as Rocky in this seventh film in the series in which he takes Adonis Johnson, the son of Apollo Creed, under his wing and becomes his mentor as the younger man prepares to enter the ring.

What if dinosaurs never became extinct? That’s the case in The Good Dinosaur in which Arlo, a young dinosaur, becomes lost and, on his way back home, befriends a human boy he names Spot.

Daniel Radcliffe stars as Igor, a young trouble man with a dark past who becomes friends with Victor Frankenstein (McAvoy), a young medical student whose experiments land the pair in trouble with the authorities.

Eddie Redmayne plays Lili Elbe, the first recipient of male to female sex reassignment surgery after she stood in as a female model for her wife who was an artist and illustrator in the 1920s. 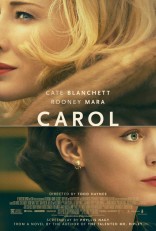 Cate Blanchett and Rooney Mara play two women who fall quickly in love after meeting in a department store in the 1950s, but their relationship has some consequences.

A large variety of films are being released this month! Are there any you’re excited to see?

Did you see any films last month?